Why "Bioorganic Chemistry"? It is because the main scientific interest of the group, that is organic synthesis, has always been intertwined with biological applications and biological means. Thus the group has synthesized biologically active molecules since 1983 (among them particularly noteworthy are beta-lactam antibiotics and enediynes) and has used biological tools (enzymes-microorganisms) for organic synthesis since 1985. The group is strongly active also in the synthesis of Active Pharmaceutical Ingredients. In the last 20 years the group has been deeply involved in diversity-oriented synthesis of drug-like molecules (in particular novel heterocycles). Towards that goal we have thoroughly used multicomponent reactions (but also solid-phase combinatorial synthesis and flow chemistry). Recently, the group is becoming more and more interested in the chemical contribution to Bioeconomy.

During the last 17 years, the group has been mainly active in Diversity Oriented Synthesis of libraries of drug-like molecules, especially using Multicomponent reactions (MCRs). They are, for their intimate nature, extremely convergent, producing a remarkably high increase of molecular complexity in just one step. Therefore, especially when the components may be varied at will, they are very well suited for the generation of libraries. Among MCRs, those based on the peculiar reactivity of isocyanides, such as the Ugi and the Passerini reactions or their modifications, have been among the most widely used, also in an industrial context. 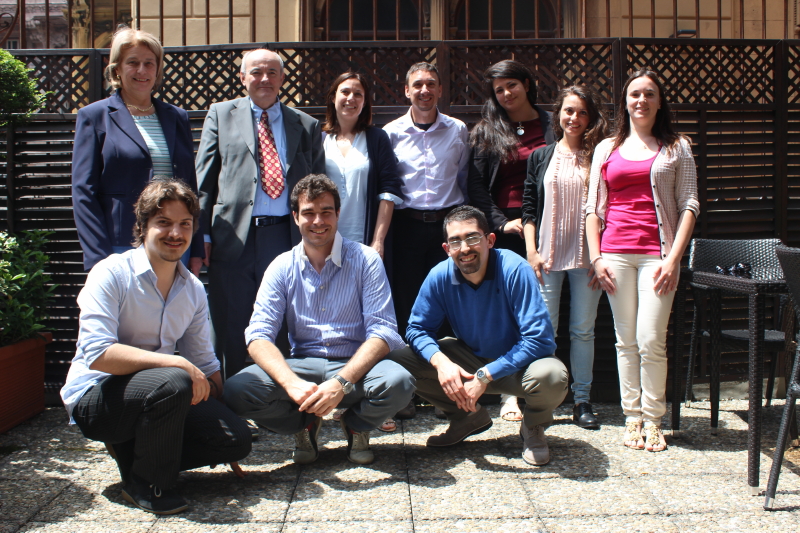 Recently the group is also active in new fields. In particular flow chemistry and photoactivated reactions. You can see a video on photoredox reactons here:

Contrary to what typically happens elsewhere, our group is formed by more than one professor. This is because we strongly believe that joining our efforts will allow to reach a sufficient critical mass. Thus, while each professor has his/her own independent research programmes, we share facilities, reagents, instruments, intermediates and discuss weekly in our group meetings the results of our research. In this way, our students can come in contact with several research projects, learning much more than what directly regards their own programme.

Our group is strongly committed to internationalization, and several of our students (both at master and Ph.D. level) carry out their theses through secondment periods in other european countries. 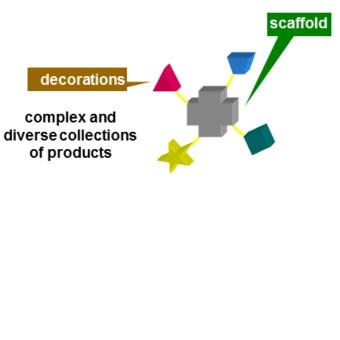 How to join the group

Gabriella Vitali Forconesi was born in Genoa in 1991. She received her Bachelor Degree in Chemistry and Chemical Technologies with honors in Genoa on March 2014 with a thesis on the synthesis of derivatives of hydroxytyrosol with a potential antitumor activity, under the supervision of Prof. Luca Banfi. In 2014 she started her master thesis in Genoa and she graduated in Chemical Science with the highest mark (110/110 cum laudae) on March 2016 with a final dissertation on the study of batch and flow chemical processes to access Active Pharmaceutical Ingredients. This research project was done in conjunction with a pharmaceutical industry (Bioindustria L.I.M. S.p.a., Fresonara (Al)) and under the supervision of Prof. Andrea Basso and Dr. Alberto Moro. In November 2016 she started her PhD in the BOG group under the supervision of Prof.ssa Renata Riva, working in the field of multicomponent reactions and biocatalysis. In particularly, she is working on stereoselective multicomponent reactions of biobased chiral aldehydes derived from chemoenzymatic strategies.

Pietro was born in 1993 and raised in Genoa. He attended the University of Genoa and received his Bachelor Degree in Chemistry with honors in October 2015, under the supervision of Prof. Andrea Basso (thesis: “Synthesis and processing of Ugi reaction’s products for a combinatorial library”). In December 2017 he received his Master Degree in Chemical Sciences with the highest marks (110/110 cum laude), having worked on a thesis concerning a novel photoinduced multicomponent synthesis of alpha-amidosilylenolethers and their synthetic application, project that led to a publication on Organic Letters (Jan 2018, http://pubs.acs.org/doi/full/10.1021/acs.orglett.8b00009); project supervisors were Prof. Andrea Basso and Luca Banfi (co-supervisor). He’s currently working as post-master fellow under the lead of Prof. Andrea Basso, in a project involving the use of chiral imines obtained through reduction of lactams with Schwrtz Reagent in Ugi multicomponent reactions, for the creation of a combinatorial library.